The Avi Maza Orchestra features the finest talent to enhance your Simcha. See below to learn more about our most popular wedding singers and other entertainers. If there is a particular singer you wish to have at your wedding not shown, let us know so we may secure your preferred artist for your event. We are proud of our relationships with the most celebrated vocalists in the industry. 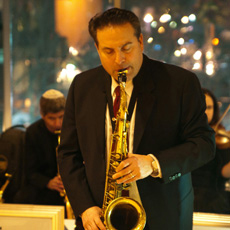 The leader of the Avi Maza Orchestra, grew up in South River, NJ, the son of a tenth generation Rabbi. Avi is a graduate of Yeshiva University where he was the lead Tenor saxophonist in the College Jazz Ensemble and where he also studied Cantorial liturgy and style under the tutelage of the world renowned Cantors, Macy Nulman and Bernard Beer.

Avi honed his saxophone skills through his many years of study under the Jazz woodwind specialist, Artie Richards of Manhattan. After college, Avi joined the famous New York based Ruach Orchestra, playing regularly at weddings and other celebrations. Throughout the years, Avi has performed alongside many famous Israeli and Hassidic recording artists and has toured the State of Israel with a well known Israeli orchestra. He has led performances of the Avi Maza Orchestra at the Performing Arts Center in Newark, at venues as far as Passedena, CA and San Juan, Puerto Rico, as well as at major catering halls and hotels throughout the tri-state region.

When not leading his band, Avi performs as a Cantor at major life-cycle events and has many years of experience leading congregations as a High Holiday Cantor. Avi and his wife Lauren reside in Highland Park, NJ with their 3 children, Seth, Liana, and Jessica. 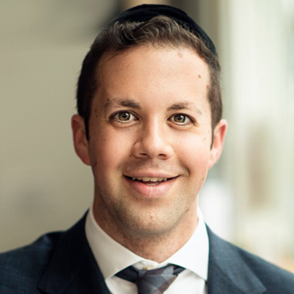 Since 2008 Simcha Leiner has been a sought after wedding and headline concert singer. After releasing his breakout single Kol Berama he went on to reach international critical acclaim garnering millions of views on his various songs and videos! Simcha has traveled the world bringing his unique range and energy to weddings and events everywhere. 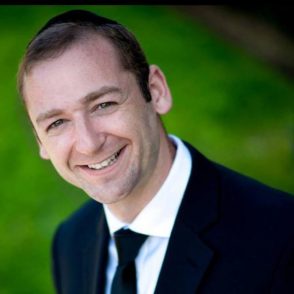 One of the most dynamic Jewish wedding singers, Shloime started his musical career at a young age as a soloist in the famous Miami Boys Choir and has produced his own best selling album "Avodas Hatzedaka". He has headlined in concert for such famous organizations as HASC, Chai Lifeline, Ohel and more and has been the featured show singer for a variety of exclusive Passover programs while sharing the stage with the biggest names in Israeli and Chasidic music. Shloime's beautiful voice and exciting and energetic singing style creates an unsurpassed Ruach to liven up any simcha. 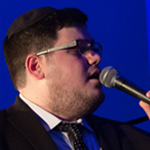 A popular wedding vocalist and keyboardist, Craig hales from Great Neck, NY. He received training in music at The Ramaz School and Queens College. As a well known A Capella soloist, Craig has been featured in concert with the most celebrated A Capella groups, including the YU Maccabeats and Six13. He brings a unique style and flair for all types of Jewish music, from Mizrachi to Chassidic and will liven up any Simcha with his musical talents. 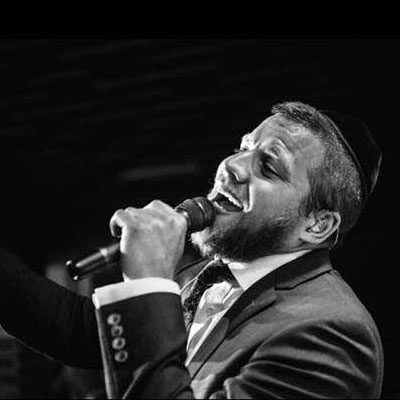 Since his debut as the star soloist of the famous Miami Boys Choir in 1997, Mordechai has continued to inspire crowds world wide with his music. His debut album Kol Haderech has been a best seller receiving rave reviews. Mordechai has become one of the most sought after singers in the wedding industry bringing a unique style and energy to every simcha. 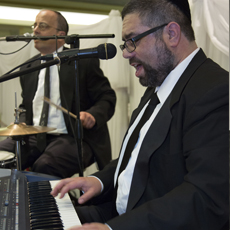 Psachya has been active in the Jewish Music scene for over twenty years. He received a classical piano education, and majored in performance at Brooklyn College's School of Music. He has played at thousands of simchas, and has accompanied most of the well-known Chassidic singers at weddings and in concert. He has performed with acts as diverse as Avrohom Fried, Eitan Katz, Diaspora Yeshiva Band, Yehuda Green, and Soulfarm, among many others. In addition to his reputation on keyboards, Psachya is a renowned accordionist and a well known Klezmer artist. 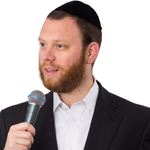 As a singing sensation who has taken the world of Jewish music by storm, Yumi Lowy is recognized by fans across the world as a superstar vocalist and recording artist. Yumi honed his natural musical talents starting as a child soloist by singing in choirs for the albums of world-famous performers, including Avraham Fried and Yaakov Schwekey. With a unique vocal style and professional stage demeanor, he quickly became a sought after vocalist for Jewish weddings. Yum I has collaborated with numerous celebrity composers, including Yossi Green, to produce a dynamic album that sold thousands of copies within weeks of its release. Currently, Yumi resides with his wife and children in Brooklyn, NY, and - when not working in the recording studio on his next album - travels across the world as a star vocalist headlining at concerts, weddings and private events. 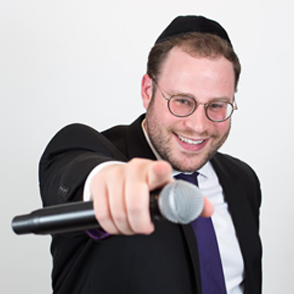 With his melodious voice and incredible range, Yitz has served as a featured wedding singer entertaining audiences at numerous simchas throughout the tri-state area and beyond. Yitz is also a renowned Chazzan which adds to his distinction as a pre-eminent chuppah vocalist. Yitz’s engaging personality and stage presence shine through his entire performance infusing every simcha with incredible Ruach and feeling! 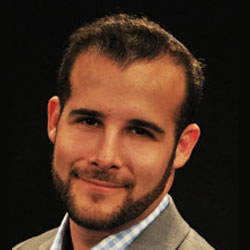 Mordy Weinstein has been a fixture of the Jewish music scene for years, currently as a member of the award-winning concert Acappella group, Six13. Through writing, arranging, producing, and managing, Mordy has traveled the world, from the US to Austria, New Zealand, and South Africa. In addition to singing, Mordy teaches music, and runs a mobile recording studio, where he works with countless musicians in producing incredible original music. He believes that through strengthening Jewish music, we can empower smaller, more remote Jewish communities around the globe. 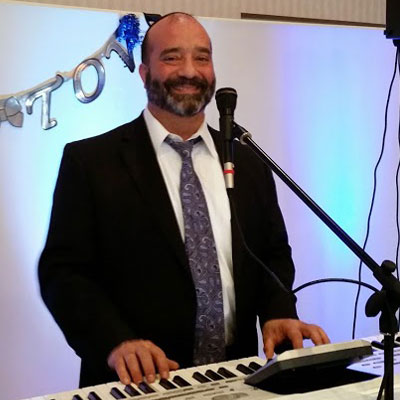 An incredible keyboardist and superb vocalist, Avromi is an incredibly talented musician sure to enhance any type of simcha. He has performed at thousands of weddings and other celebrations over the years with the most famous Jewish wedding bands and has accompanied a host of celebrity vocalists, including Avraham Fried, Mordechai Ben David, Benny Friedman and so many others. Avromi’s repertoire is extremely broad. From the latest Simcha music, to sephardic and American classics, Avromi has it covered ensuring that your family and guests will be dancing throughout your event. 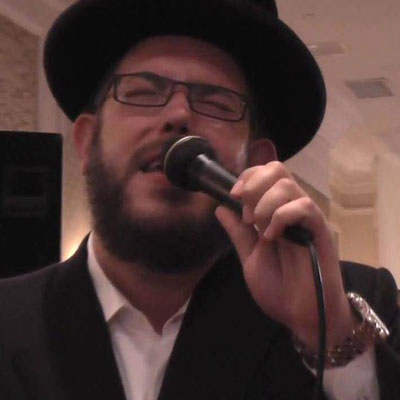 An inspiring vocalist, Shauly brings incredible energy and emotion to every event. As an experienced choir member and soloist with a host of famous vocal ensembles, Shauly is capable of adding just the right touch to bring out the feeling at a simcha in a unique and fresh way. His repertoire is vast and includes everything from Yeshivesh to Carlebach and every conceivable style of Jewish music made famous by all of the great Jewish celebrity artists. 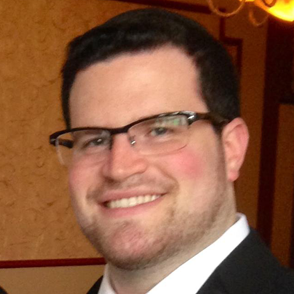 From a young age, Meir has always had a passion for music and singing. Growing up listening to Jewish Music, Meir developed an excellent musical ear as he sang numerous melodies and added beautiful harmonies to any song. Meir would accompany his grandfather, renowned cantor, Chazzan David Rosenzweig, at regular Shabbos davenings and concerts. Meir is a sought after Baal Tefilah and lead vocalist for numerous well known Shabbos A Cappella groups and travels to different communities on a weekly basis to entertain at weekend Bar Mitzvah celebrations. An incredible soloist, Meir’s wonderful voice will enhance your chupa to be followed by amazing lead vocals throughout your wedding reception.

Zvi grew up in Israel and performed as a musician in the Israeli Army Orchestra. A graduate of the prestigious Berklee College of Music in Boston, Zvi has arranged, accompanied and conducted full orchestras for many reknowned entertainers and cantors, including Ron Eliran and Avi Albrecht. Zvi has also produced numerous CDs and has led a variety of concert bands, including: “The Sephardic Sole” at the LeFrak Concert Hall at Queens College. He has also led the band for the off-Broadway musical "A Jew Grows in Brooklyn". His largest work, a symphonic orchestration of Jewish music for Cantor and orchestra, was recently performed by the Baltimore Symphony Orchestra. 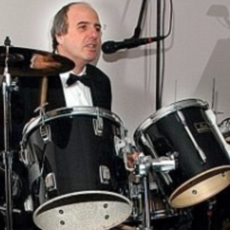 David, a drummer, percussionist and vocalist, grew up in Yafo, a small suburb south of Tel Aviv where he pursued a distinguished musical career including serving as a performer in the Israeli Army Entertainment Division and playing for a variety of Israeli rock bands at popular clubs throughout all of Israel. He has accompanied many celebrity Israeli star vocalists, including Tzvika Pik, Aris San and Oshik Levi. David has an amazing international repertoire and is well versed in Israeli, Middle Eastern and American music making him a popular entertainer for audiences of all ethnicity. 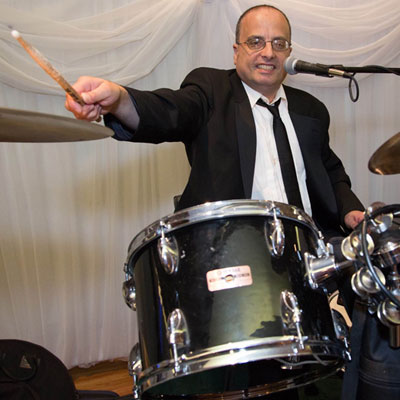 Izzy is both a talented vocalist and percussionist. He studied drums and percussion at the prestigious Rubin Academy of Music in Jerusalem and served as a drummer and singer in the Israeli Army Band/Choir under the leadership of noted musical arranger Capt. Moshe "Mona" Rosenblum and participated in the band's coast-to-coast tour of the United States to promote tourism to Israel. After his tour of duty in the IDF, Izzy studied at Boston's Berklee College of Music. He he has been a regularly featured Israeli entertainer at the Salute to Israel Day Concert held annually in New York City and is one of our featured vocalists in both our live music band and Shabbat Acappella group. 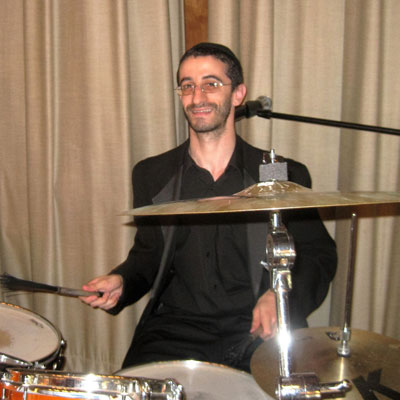 Shmuel is an amazing drummer with an incredible voice. Hailing from Monsey, NY, Shmuel has been playing drums since he was a little boy and has developed into one of the most talented drummers in the Jewish music business. His vocals have been featured on many recordings and at concerts. Credits include Voices for Israel, Tzlil V'zemer, Yerachmiel, Emes, David Ross ("Power To Be"), Suffy and others. We are proud to have Shmuel as part of our band providing the energetic rhythms that underpin our lively dance sets.